Brian Pollard on painting his Elmer for St. Luke’s 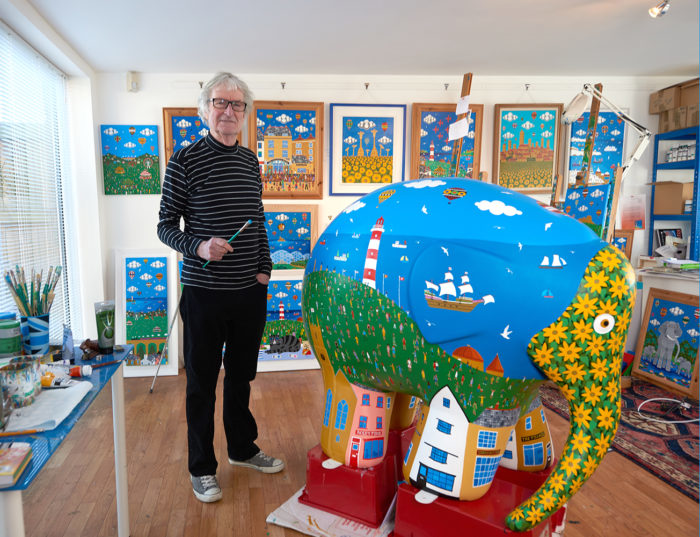 Bold, bright and a real delight – that’s Elmer’s Big Parade, coming to Plymouth in July 2019. Last month, we shared with you news about this exciting St Luke’s project with Wild in Art and Andersen Press, which will see 40 unique Elmer the Elephant sculptures form a colourful, enchanting and educational trail across our city next summer.

A key part of the project involves established and emerging local artists being invited to submit their designs for our Elmers so that each one is bespoke. It’s these sculptures that will be sponsored to raise money for St Luke’s and later auctioned for our charity.

However, the first Elmer is already complete and attracting much admiration! It’s the handiwork of highly successful local artist Brian Pollard whose ‘naive’ images including landmarks such as Smeaton’s Tower have achieved a global reputation.

When we spoke to Brian at the recent Elmer launch, he explained why he was delighted to be involved, saying: “I have supported St Luke’s previously by contributing Christmas card designs and so on, and it was a a great honour when the charity approached me about this project.”

Brian, who worked as a GP for many years, went on to describe the sometimes challenging process of painting a three-dimensional surface, after being so used to working with flat surfaces.

“It took around eight weeks to complete the painting of my Elmer, working five days a week,” Brian said. “And some areas are so difficult to get to that you have to break off the ends of the brushes to reach them. Also, using acrylic paint means some of the colours are quite thin – I gave the yellow flowers on the face and trunk nine coats. There was a lot of refining, but it was great fun – apart from the effect on my back and my knees!”

Local artists were invited to submit their design ideas in June 2018. To find out more, visit the artists page. 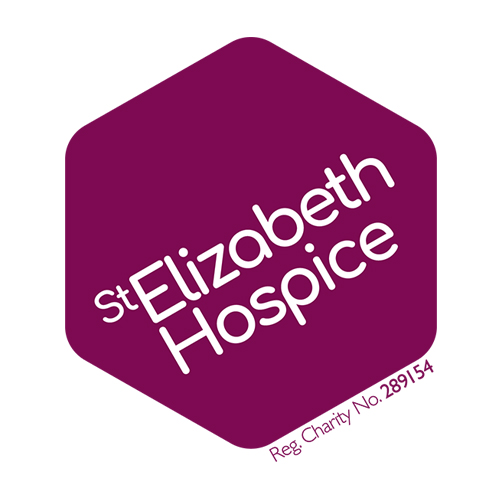 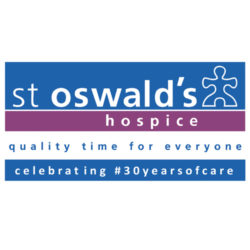